It’s been almost six months since I’ve moved to China and it’s been nothing short of interesting. I haven’t posted in months mostly because everything I feel the need to say, I’m not particularly proud of. Sometimes I’m ashamed of how I’ve been feeling. Every day there is something about China that shocks me, amazes me, impresses me, disgusts me, or aggravates me. There are definitely I love China days and I hate China days.

There are so many reasons I came to China, and so many things I hoped it would solve or help me understand about life and myself. I’m really not sure if coming here has done any of the things I hoped it would, but I’ve still got nine months left. I am currently struggling with living life in the moment and planning the future at the same time. I was really proud of how I was handling the stresses and anxieties of new beginnings when I first came to China. Now that I’ve been here for a while I’ve been struggling with how I handle daily stresses and how that’s effecting my anxieties about life. I guess it’s because everything has become routine that i’m starting to feel just as stuck as I did at home. I’m not sure how I’m feeling about the job lately, but it’s definitely not something I see myself doing beyond my contract. It’s so much harder than I thought it was going to be and that makes it stressful for me. Everyone knows I love things that are challenging and I love doing what people doubt I can do, but i’m struggling with this one. Of course no one expects teaching English to 3 year olds to be easy, but I take it so personally when they don’t pick up on what i’m teaching. I care so deeply about the children learning that I let it get to me more than it should. In return it’s making me hate the fact that i’m trying so hard. Everyone keeps telling me that just because they don’t understand certain targets doesn’t mean i’m failing, but it certainly feels that way. I’ve always hated the possibility of failure and that’s definitely what makes this even more stressful than it needs to be. Though telling myself that and believing it are two different things. Of course I am still struggling with this question: what do I want to do with my life after China? I still have absolutely no idea. That obviously isn’t helping with the stress either. I have days where I realize that I’m still young and it’s perfectly normal and okay to be uncertain of what you want to do. Then there are days where all it does is frustrate me that I’ve got no idea what I’m doing with my future. One thing i’m trying to learn is how to live day by day and take each day as a small victory, rather than looking at whether it’s bringing me closer to whatever my future will be.

I’ve met a great group of people and we’ve spent many nights up till 5AM having discussions about life. They’ve become a great support system for me in China. I’ve got one friend who has quickly become my best friend here. I am forever grateful for his ability to shut out the world around us and make me focus on the current moment i’m living in. It’s comforting to have someone here who understands my anxieties and is so eager to help me through them. I will admit I finally had my huge wave of homesickness right around month five. I guess that’s about when the honeymoon phase ended because everything felt like it was crashing around me. I’ve been having more I hate China days than I was in the beginning but I think the homesickness and stress adds to that. It mostly comes when I am starving and there isn’t anything in sight that I can eat; because China doesn’t believe in vegetarians (and we all know how hangry I get). Then there are times where it’s the language barrier, the smelly water pipes, the crowded subway cars, the lack of personal bubbles, or the constant staring, that makes me hate life here. But then there are days where I’m able to communicate with someone with the little Chinese I know, or operate a Chinese app and successfully order food, see something beautiful, explore a new landmark, have all my students understand a lesson, meet a new friend, or have a kid express their love for you (even if it’s poking your butt), and suddenly I love life here. Either way I suppose it’s all part of the experience and no matter how I am feeling, I am going to come out of it different than I was before.

Despite the recent struggles in China, I am still having some wonderful adventures with great people. Here’s whats been happening for the last few months.

My friends through me a surprise party for my birthday. It made turning 25 a little easier. The highlight of the night would have to be when my realtor Bamboo showed up. 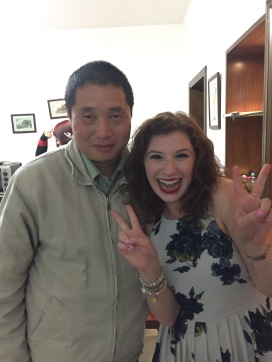 We had a dumpling night where our Chinese friend Cici showed us how to make homemade dumplings. 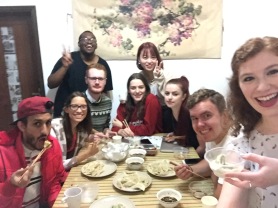 I went to archery with some of my coworkers. It was their first time and I was excited to help them. Unfortunately they didn’t have any left handed bows so I had to shoot righty with a different style bow than i’m used to. I was surprised at how well I was able to do despite that.

Halloween isn’t really celebrated in China but some of my students dressed up and we were allowed to as well. For work I got a ridiculous ice cream cone sweater to wear. One of my coworkers threw a Halloween party which I dressed as Mary Poppins for.

For a team building event our center manager took us all to a hot springs. It was a very relaxing day. If China knows how to do one thing, it’s spas.

I explored the Yihe Mansions and Confucius Temple areas. The Yihe Mansions were beautiful and made me forget I was walking through China. The Confucius Temple area is the exact opposite, still beautiful but is exactly what you picture China to look like. We stopped to eat at the number one restaurant in Nanjing, Motu, and had veggie burgers bigger than our heads. Of course no day in China is complete without taking a picture with a random kid. 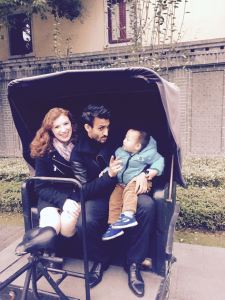 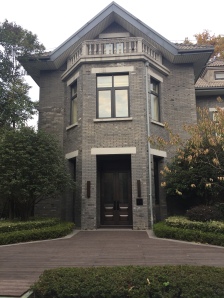 I took a theatre workshop directed by Isaac Bush, an award wining international performer. It was a voice and movement focused workshop. It felt so similar to some of the work I did in college which was so comforting. There was a mix of locals and internationals who took the workshop which was also really cool. 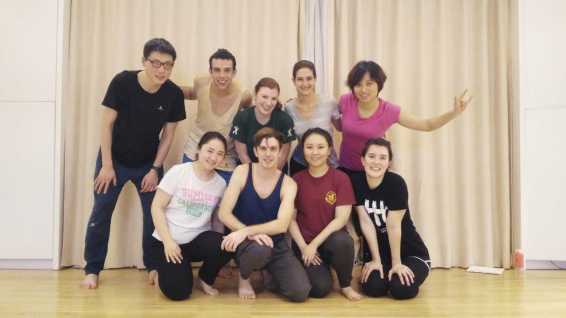 My roommates and I hosted Thanksgiving dinner at our house. It was quite the challenge. Our power went out twice, our oven was too small too fit the whole turkey so we brought it to the restaurant downstairs, and I attempted to bake cookies. 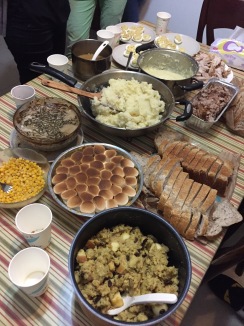 I was finally able to visit a FRIENDS themed cafe! I had been waiting for this day for years. As soon as I found out there was one in Shanghai my friends and I planned a trip. It was perfect. We also went to Shanghai Disney that day to see their Christmas decorations. Definitely nothing as spectacular as Christmas in Disney World but it was still exciting. 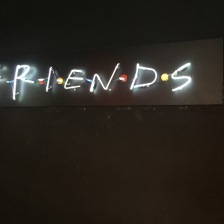 I took a trip to the Librarie Avant-Garde, a huge bookstore that was put inside of an old parking garage. They didn’t have a single English book, but they had a massive selection of books. Most of the titles were in English and I was impressed with the amount of books that I’ve read that are available in Chinese. 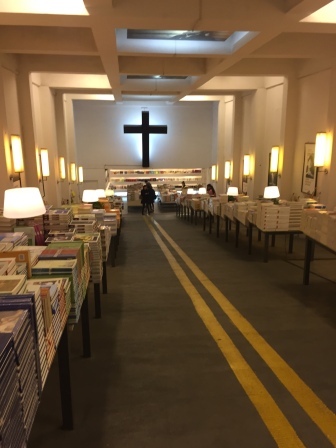 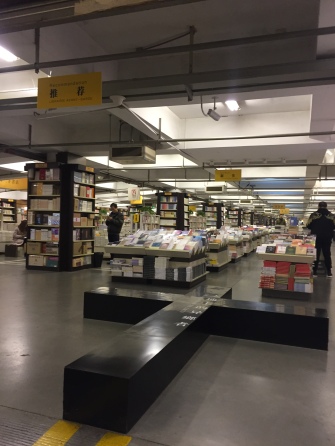 Christmas in China was definitely hard. It didn’t feel like Christmas at all despite the cold weather and the small tree we put up in our apartment. My friend Jon threw a Christmas party at his house which made being away a little easier. 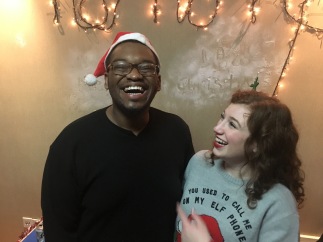 New Years Eve was a bit more classy. We went to the Shangri-La hotel for a countdown event. It was great to ring in the New Year with the friends i’ve become so close to.

For Christmas I bought tickets for my best friend and I to see the Spanish opera singer, Jose Carreras perform at the Olympic Stadium on his final world tour. We made a night of it, dressed up and went to an impressive restaurant, Le Siecle, for dinner beforehand. I wish we had timed it better so we would have had more time to enjoy the delicious food. The concert was just as great, there was a few empty seats so the security guard let us sit a whole level closer than our tickets were for. It was so moving to watch Jose Carreras perform. He even sang a Chinese opera song which made the entire stadium go crazy. 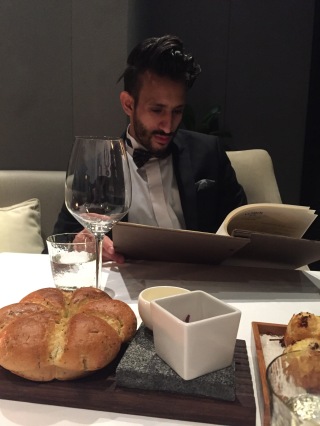 For the New Year, Disney English hosted an event for the students and parents. The cast members and students of both Nanjing centers performed some skits, songs, and dances. It was an evening filled with laughs as we experienced a Chinese banquet buffet for the first time. You’ve never seen a mad dash to the buffet line until you’ve been to China. 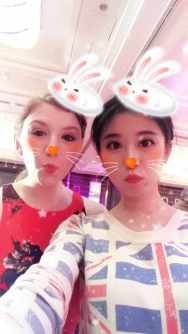 In a few days we’ll get a much needed break for Chinese New Year. We’ve taken off some extra days to give us a little more than two weeks off. I’ll be traveling to Macau (the Vegas of China), Hong Kong, Cambodia (Siem Reap & Phnom Penh), Kuala Lumpur, and Singapore. We’ve planned out almost every minute of the trip- I’m exhausted just looking at our itinerary. I’m so excited to explore and experience these countries and cities.

Even though I’ve been having a rough patch in this experience I am so thankful that I’ve gotten this opportunity to explore the world around me. I asked for an adventure and that is certainly what I’ve gotten.